Menu
The Origin of Guyandotte 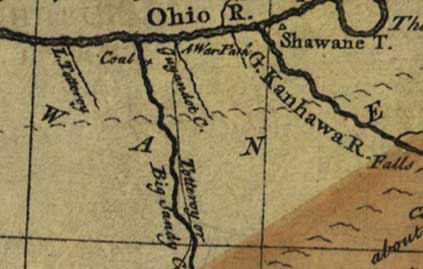 This watershed remained relatively undeveloped by expanding American industry and agriculture even into the first part of the 19th century. Before American General “Mad Anthony” Wayne’s army defeated Shawnee Blue Jacket’s combined Amer-Indian forces at Fallen Timber in 1794, war parties continued hitting settlements in southwestern Virginia in a vain attempt to retake former territory. The ancient war trails up Kanawha valley and through eastern Kentucky were too crowded for Virginia and Kentuckians to allow safe passage for aboriginal warriors, but the Guyandotte River, Tug Fork, and Levisa Fork valleys remained unsettled enough to allow war parties to pass relatively undetected. During the Napoleonic Wars in Europe, several nations’ armies demanded bear skins for warm winter wear and decorative clothing, like the tall bear skin hats of the British soldiers. In a three year period (1805-1807), some 8,000 bear hides were shipped from these watersheds to New York merchants, like John Aster for European markets.

It was during this time frame that Mary Ingles was captured from her home near Bath, VA and was taken through the area eventually escaping capture in nearby Kentucky The book “follow the River” details her journey along portions of the Guyandotte River to find her way home.

The James River and Kanawha Canal & Turnpike was the first attempt made to settle this area for expansion westward. It was a project first proposed by George Washington when he was a young man surveying the mountains of western Virginia. He believed this was the key to helping Virginia to become an economic powerhouse in what would become the United States.

By 1772, Washington had identified the Potomac and James rivers as the most promising locations for canals to be built to join with the western rivers. His preference was the James. It could be aligned with the Kanawha River and would best serve only Virginia, which was his priority. In 1785, the James River Company was formed, with George Washington as honorary president, to build locks around the falls at Richmond. The canal portion was extremely expensive and by 1851 had only reached Buchanan, VA and was never completed or maintained. The turnpike portion of the project did prove to be a successful route used by traveler’s to reach western lands. However, with the connection of the C&O Railroad in 1871 by Collis Huntington led to the complete abandonment of the project. Joseph H. Gill surveyed the Guyandotte from its mouth to Gilbert Creek (22 miles above Logan, WV) in 1848 and issued a report of the great wealth of timber and coal he saw along the river. By 1851 the company completed Dams 1, 2, 3 and 4 but soon realized that dam 3 could not back water to dam 4; nor would dam 4 back water up to the planned location of dam 5. The company had also rushed into construction and had not properly gotten clear titles to much of the land needed to build the dams. Several floods occurred during this time frame; thus destroying most of the work that had been completed and the company went bankrupt. 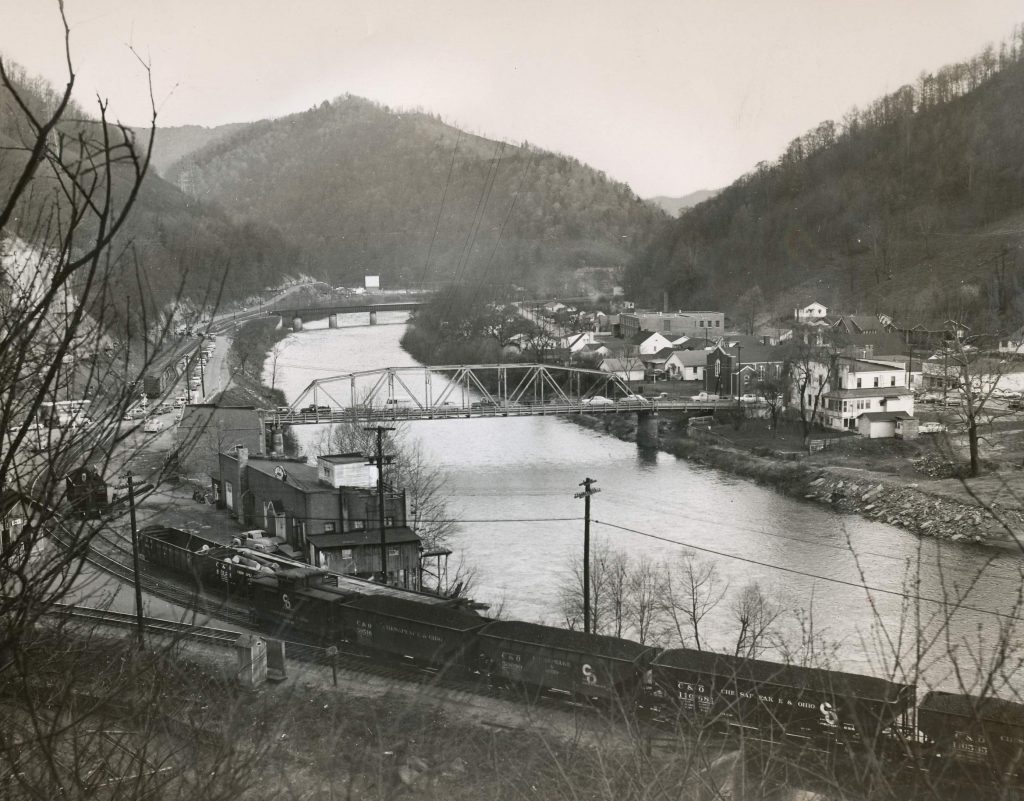 Another attempt began in 1853 by the Webb Brothers when they began the Guyandotte Land Company. Their company succeeded in reconstructing Dams 1-4 and added Dam Sites 5, 6 and 7. This allowed for two small steam boats to traverse the river. Major Adrian began barging coal from the Falls of the Guyandotte to the Ohio River in 1855. The steam packet Lindsey, began making and hauling back furs, ginseng, and farm produce. However, the Guyandotte Land Company had also taken cheap alternatives in building the dams and this resulted in high maintenance cost of them after each flood event. With the sinking of the Major Adrian in the town of Guyandotte and the union soldiers breeching Dam 1 in 1861, the company went under. 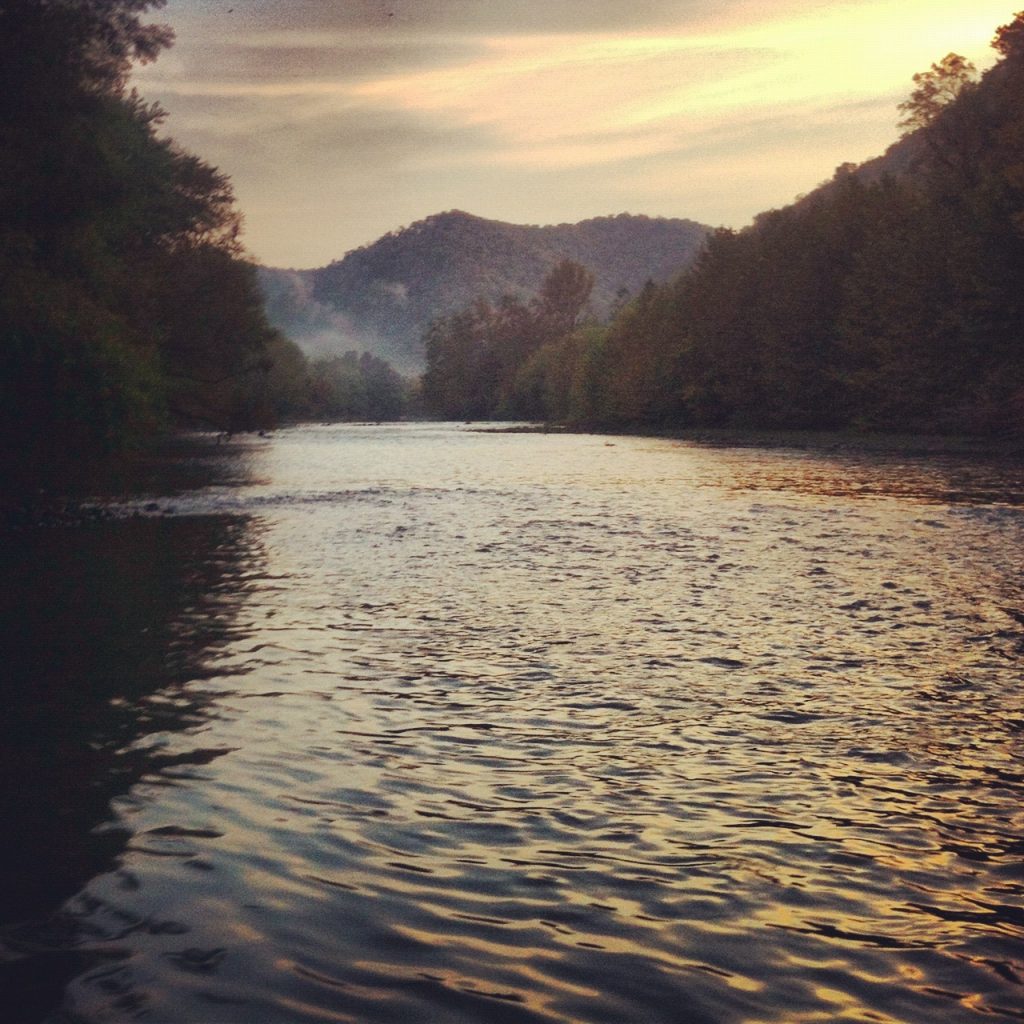 Congress approved a survey to be completed on the Guyandotte in 1874 and Arthur L. Cox of Barboursville was hired to complete the job. Cox learned that about $400,000 worth of farm and forest products floated out the river annually and 300 tons of merchandise was shipped upriver in push boats.

Funds were provided in 1878 to dispatch a small crew of men to clear a better channel for the push boat traffic. Crews of twelve to twenty-five men moved up and down the river removing snags with dynamite and aces, dragging boulders and loose stone from the channel. Congressman John E. Kenna reported the year before the channel was clear; twenty percent of logs floated down the river were lost. By 1883 not a single log was lost on its way from the head of the watershed to the Ohio River. Soon small steam boats begin to travel the Guyandotte again and began the vast removal of the watershed’s natural resources.

The splash dams inspired the poet Thomas Dunn English, who was living in Logan County at the time, to write his epic poem “Rafting on the Guyandotte.” The poem tells of the dangers of floating a raft down the Guyandotte River and the beauty of the land and water throughout the region. Thomas Dunn English lived in the City of Logan between the years of 1852-1856 where he wrote many poems about West Virginia including “Gauley River”, “The Boone Wagoner”, and of course “Rafting on the Guyandotte”.

The first negative impact to the watershed came in the late 1880’s with the timber industry. Local entrepreneurs like Anderson “Devil Anse” Hatfield, as well as corporations based in Cincinnati, New York, Philadelphia, and Richmond, financed the felling of forests at a dizzying pace. Prone to flash floods due to the steepness of the watershed’s slopes, Guyandotte River was scoured and choked with mud like never before in human history. It is likely that during this era mussel beds were obliterated under tons of sediment and fish populations plummeted.

Soon after the decades of timbering severely degraded Guyandotte River, came the advent of the modern era of coal mining. Construction of the branch line of the C&O railroad ensured that coal could be readily shipped to national and international markets from the watershed. In the early part of the 20th century, a large increase in human population occurred as immigrants from southern states and other countries poured into the region to find work in the mines. This had a dual negative impact on the water quality of the watershed’s streams. Metal laden mine water and untreated or improperly treated sewage form coal camps and towns degraded some streams severely. In the 1950s and 1960s strip mining was instituted in the watershed as coal companies attempted to maximize earnings by decreasing the total number of payroll employees while increasing coal production per employee.

National news was made in January 1913 when a middle span of the C&O Railroad Bridge over the Guyandotte collapsed, and a train locomotive, engineer, and bridge workers fell into the river. Thousands of volunteers lined the Guyandotte and Ohio rivers in search of the missing men. In the end, seven men died that day with three of the workers bodies being found in Portsmouth, OH some 50 miles downstream.

Today with new mining and timbering regulations, stream conditions have vastly improved along the Guyandotte River and its tributaries. Many areas of the river are perfect for fishing, swimming, and floating down the river on kayak, canoes, and tubes. Along the way, citizens can enjoy the small coal mining towns that sprang up during the mining camp era or simply enjoy the solitude of nature’s wonder. 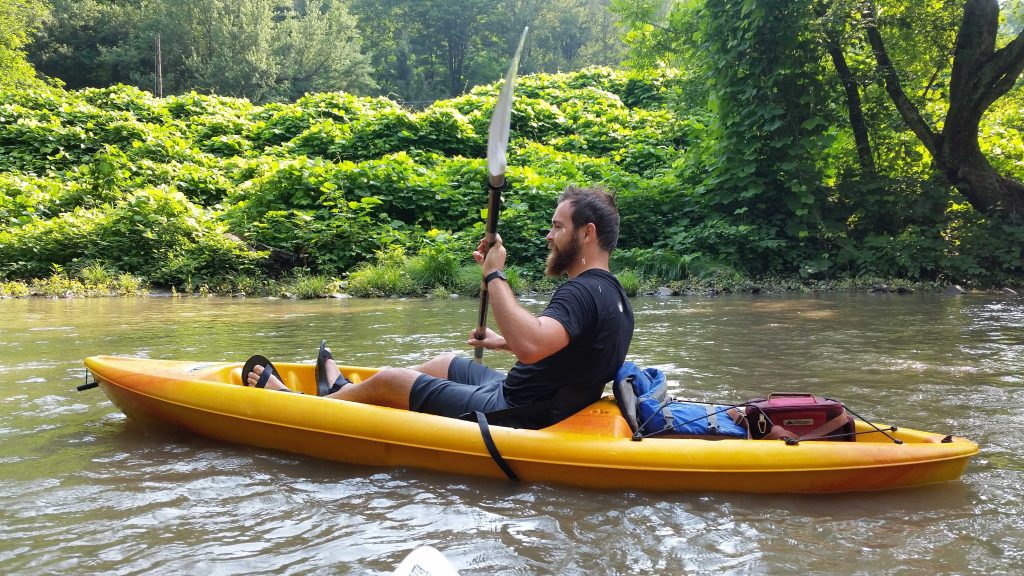